How To Communicate With Seniors WIth Dementia 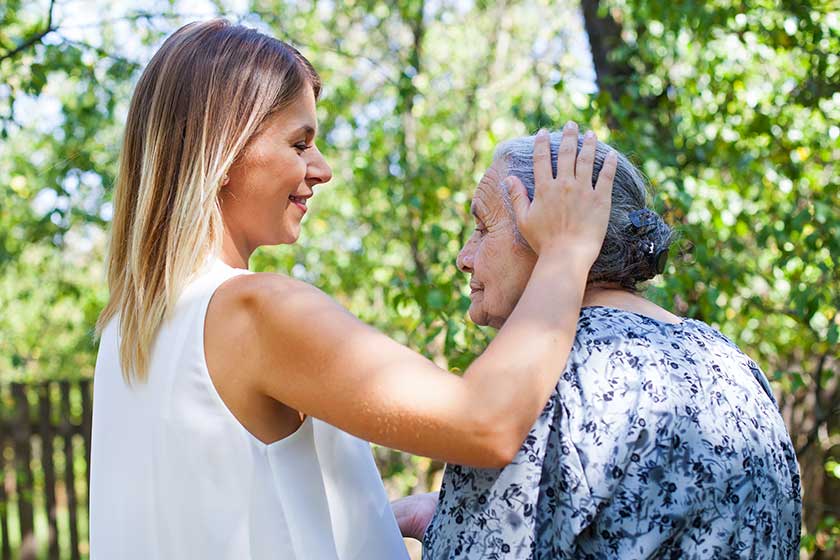 With progressive illnesses like dementia, a person’s capacity to recall and understand simple daily facts like names, dates, and places declines over time, as does their ability to communicate. They lose the ability to reason and discuss logically, which means it requires a lot of patience and understanding to take care of and communicate with your loved ones with dementia.

Some issues they may face include:

Here are some tips on how to better understand older folks with dementia, and communicate with them.

Reassure Them When Communicating

Start conversations, particularly if they aren’t initiating many on their own.

Use short sentences, with slow and clear speech. Look them in the eye, and let them respond in their own time without pressuring them for an answer. Get them to join in conversations with others as well.

Allow them to speak for themselves regarding their health and don’t dismiss or mock what they say. Show that you’ve heard what they say, even if it’s not a response to your question. Provide simple choices, and try other approaches to communication like rephrasing questions.

Use Body Language and Physical Touch

We don’t just use verbal communication in our lives. Physical touch, gestures, body language all play a role in communication. Those with dementia may lean on this more.

Try to be patient and calm when talking, and maintain positivity and friendliness. You can try staying the same physical level as them – standing or sitting – to put them at ease. Keeping in contact with them through patting or holding their hand can also help them feel reassured. You can also keep closer tabs on their body language.

For those in later stages of dementia, symptoms will be more severe. When communicating with them, approach them from the front and identify yourself. Get them to point, if they can’t describe it verbally. You can also use the five senses – touch, sight, smell, sound, taste – to communicate.

Listen and Understand Them

Spend more time listening to those with dementia. You’ll need to pay more attention to non-verbal cues, like facial expressions and body language. Use more physical touches to reassure them, too.

Practice active listening – keep eye contact, and avoid interrupting them. Give the one speaking your full attention, and reduce any possible disruptions like the radio or television.

Repeat what they’ve said back to them, to check if you’ve heard and understood correctly.

Even if you’re not sure what’s the best thing to say, sometimes simply being there for the person with dementia is good enough. Also, take the time to consider their emotions behind what they’re saying – that can be more important and crucial in understanding than the actual words. Sometimes, just being there and partaking in activities with them is enough.

6 Senior Lifestyles To Maintain For Individuals With Dementia
August 31, 2022

4 Common Financial Problems You Might Face After Retirement
July 12, 2022

Signs It’s No Longer Safe For A Person With Dementia To Live Alone
May 22, 2022

This site uses Akismet to reduce spam. Learn how your comment data is processed.

How may I assist you today?